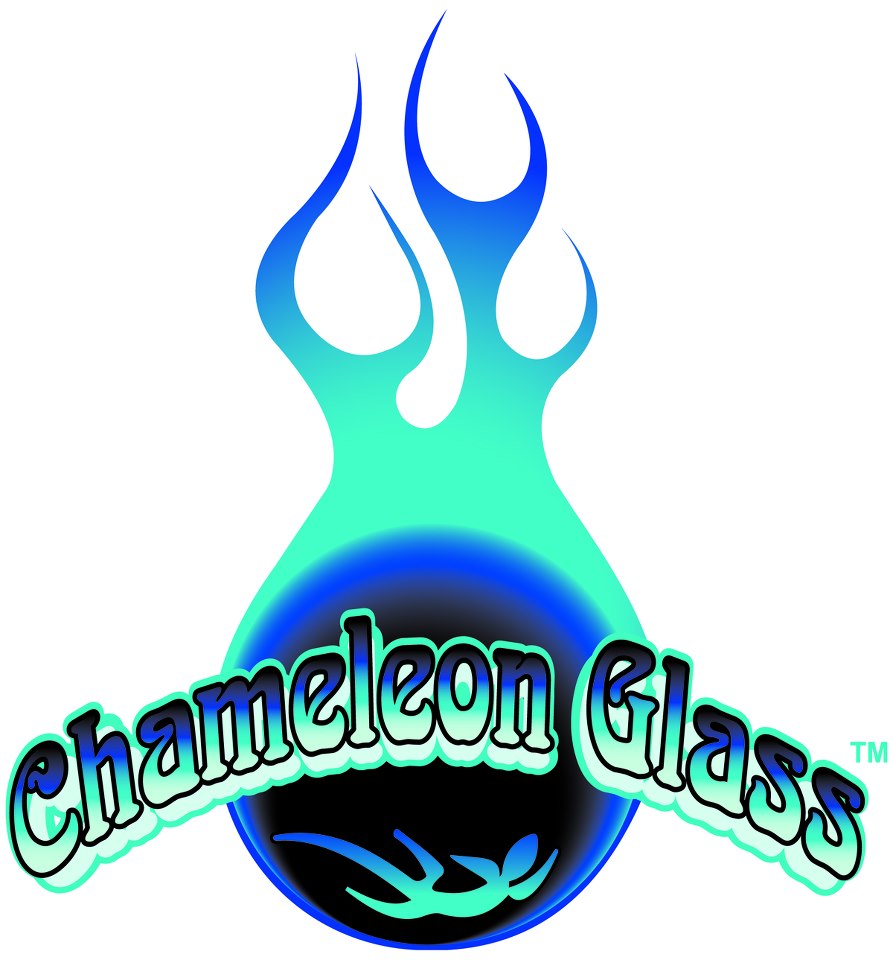 The genesis of Chameleon Glass Pipes occurred on the road in the spring of 1991. Necessity being the mother of invention, many of us found ways to utilize our right brain talents to get to the next stop where we would alternate between selling our wares in the lot and making the next lot for sale. Show after show a group emerged. Some of us were sales people, some were skilled artists, and before we knew it, the nucleus of Chameleon Glass existed. In between tours, the nucleus was loosely situated around Trinidad, CA. Some have come, some have gone, but much of the same group involved in the beginnings of Chameleon Glass are still in and around Trinidad and are still blowing the finest glass available.

Quite suddenly, we realized that a much broader market had developed before our eyes. While most of our artists stayed put, we moved “the warehouse” to Phoenix and opened a small production shop. It was to augment the artglass being produced by the Trinidad clan. Unfortunately, the move coincided with an abrupt interruption in the tour. Thus we had some extra time on our hands to focus our efforts on making the sweetest glass we could. Since then, Chameleon Glass has grown a great deal through the maturation of craftsmanship at our shop and the addition of several highly skilled artisan glass blowers throughout the Northwest and Northeast. All in all, over 100 artists in 10 different states contribute to make some of the most popular tobacco accessories available.

Which Brings Us Current with Chameleon Glass Pipes

Chameleon Glass is a family owned and operated manufacturer and distributor of high quality glass tobacco accessories, designed and manufactured by some of the most talented glass blowers in the United States. Looking to the future, based on some new industry experience we recently acquired, Chameleon Glass has some interesting projects on deck to add to our fine glass portfolio.

We have been in business for 32 years now. The Darkside offers blown glass pipes, bubblers, stemless bubblers, inline bubblers, oil domes and glass nails. We have two stores to serve you, one in Redding, California and another in Red Bluff, California. Additionally you can find inside out blown glass pipes, one of a kind heady pieces, inside out silver and gold fumed color changing blown glass pipes. We also have bongs, bubble bags, boldtbags, zippos, briar wood pipes, flags and more than you can imagine! We are the largest smoke shop for hundreds of miles.The Darkside (Redding, CA.) 2032 Pine St Redding, CA 96001 (530) 246-1773The Darkside (Red Bluff, CA.) 840 Main Street Red Bluff, CA 96080 (530) 527-9700The Darkside (Chico, CA.) 245 Walnut St Chico, CA 95926 (530) 487-7008Connect with us on Facebook Redding – Red Bluff – Chico